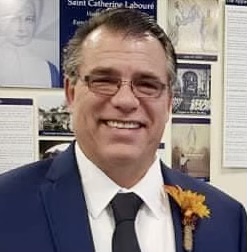 He was born October 14, 1960, in New Kensington, PA, the son of William and Lucille Hobson Homoki. He graduated from Highlands High School in Natrona Heights, PA in 1979. Steve proudly served in the Navy from 1979 to 1985. He attended The University of Maryland University College while working as a nuclear engineer at Three Mile Island Nuclear Power Plant in Middletown, PA.  He retired from Nine Mile Point Nuclear Power Plant, in Oswego, NY.

He was an avid golfer, woodworker, and stock trader.  He enjoyed time on Clear Lake with family and friends.

To order memorial trees or send flowers to the family in memory of Steven J. Homoki, please visit our flower store.

Reformed Church of the Thousand Isles