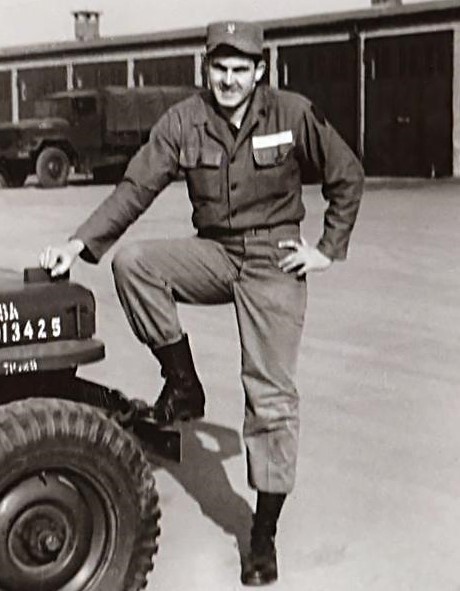 Patrick Joseph Chavoustie, known as “Pat”, passed away peacefully on March 4, 2019, in Stuart, Florida where he retired with his wife, Clorinda after they married in 2003. He was 85 years old.

Pat was born to Elmer and Mary (O’Neil) Chavoustie, on June 15, 1933, in Watertown, New York. He proudly served in the United States Army from 1953 to 1955 with the majority of his time stationed in Germany.

He also leaves to cherish his memory 21 grandchildren, 9 great-grandchildren, his sister Theresa Terry and many nieces, nephews and cousins. He was preceded in death by his infant son Christopher, his brothers John and Eugene and sisters Coletta and Dorthey.

Pat served as the maintenance superintendent at Anheuser Busch in Baldwinsville, NY until he retired in 1994.  As a young businessman, Pat was well known for running establishments in Alexandria Bay and Watertown, NY including the Pirates Roost, The Gaslight and Uncle Sam’s Boat Tours. After 2003, in sunny southern Florida, Pat and Clorinda enjoyed times together at the beach, talking to each other, playing trivia and dancing the night away like two young love birds.

“To make a long story short” is a phrase that will always bring a smile to those who knew Pat well. Pat’s storytelling was cherished by many and he always had a captive audience when sharing exciting experiences from his 85 years of life. He traveled all over Europe during his military service and tour on the US Army boxing team that served to boost morale for the troops.

He loved the company of people more than anything else and could make anyone feel comfortable in his presence. His hobbies included fishing, painting, discussing politics and current events, exploring history, and playing the guitar.

A celebration for Pat will be held June 15, 2019, for family and close friends in Alexandria Bay, NY where Pat enjoyed his summers as a child and several times these last few years. He will be missed.

To order memorial trees or send flowers to the family in memory of Patrick J. Chavoustie, please visit our flower store.