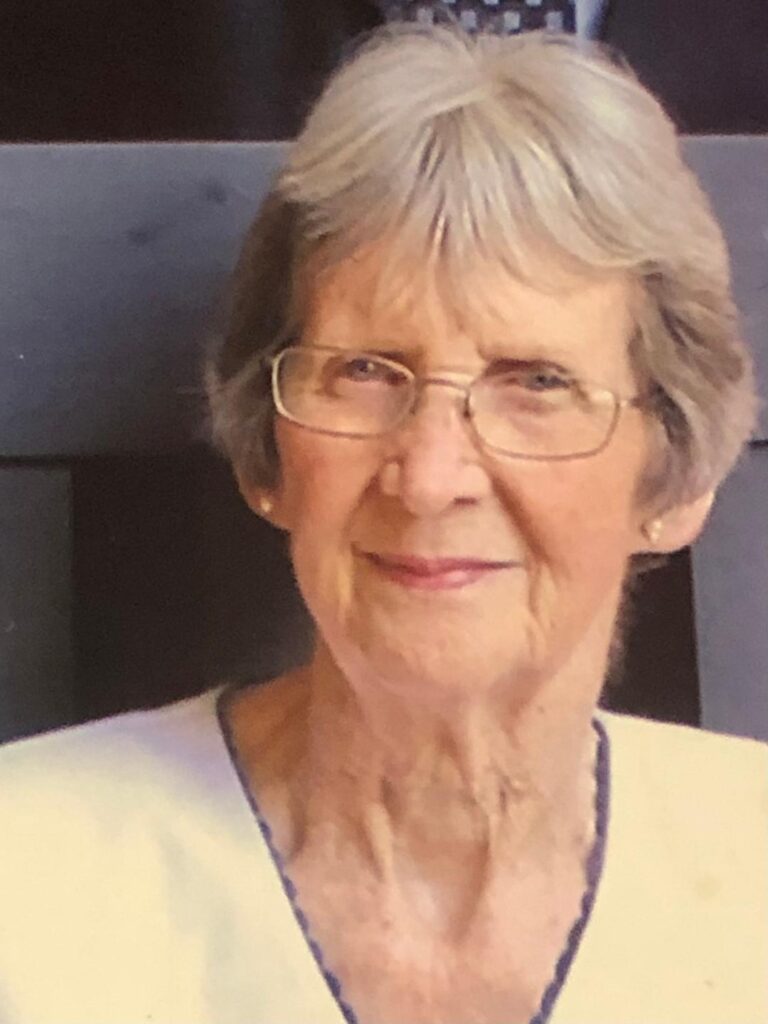 Alexandria Bay – A funeral service for Marilyn B. Jones, 86, widow of Harvey “Ted” Jones, will be Saturday, May 15 th at 11 am at the Church of the St. Lawrence, Alexandria Bay. Pastors’ Jack Andersen and Lisa Busby will be officiating. Masks and social distancing are required.  Burial will follow at Barnes Settlement Cemetery.

January 29, 2021 -- Alexandria Bay, NY – Marilyn B. Jones, 86, of Alexandria Bay was welcomed into the loving arms of Jesus and her beloved husband, Ted Jones, the morning of Friday, January 29th. She passed away peacefully at the home of her daughter, Elizabeth, in Haymarket, VA.

She was born March 9, 1934 in Watertown, NY, daughter of the late John and Dorothy Tallon Brownell. She graduated from Alexandria Bay High School and then from the University of Rochester, with her RN degree. She worked in medical offices throughout her career, ultimately retiring from Richland Memorial Hospital in Columbia, SC in 1996.

She married Harvey “Ted” Jones on June 15, 1957 at the Church of the St. Lawrence, in Alexandria Bay with Rev. David Talbot officiating. They celebrated their 50 th wedding anniversary in 2007 with a dinner with close friends and family at Pine Tree Point, where they had their wedding reception so many years earlier. Mr. Jones passed away on April 6, 2014 after a courageous battle with cancer.

Marilyn is survived by her son, Troy Jones and his wife, Sue, of Charlotte, NC, her daughter, Elizabeth Amy Wheeler and her husband Edward Jr., of Haymarket, VA and her grandchildren, Evan (Kristin) and Ryan Jones, Trei and Victoria Wheeler.

Marilyn was her kids’ biggest fan in whatever they were involved in and was a team mom to various baseball teams, Cub Scout and Brownie leader, and the coach of the Belvedere Youth Football Cheerleaders. Once she retired to Alexandria Bay she very much enjoyed being team mom to Ted’s teams which he coached and she also became a member of the E.J. Noble Hospital Auxiliary, Church of the St. Lawrence Vestry, the local Garden Club, a volunteer at the community Thrift Store and was also named Citizen of the Year 2011.

Funeral services will be announced in the spring of 2021. Burial will be in Barnes Settlement Cemetery.

The family would especially like to thank the very special caregivers who showed so much love and compassion: Rachel Wiseman, Paige Guns, Sonya Turner and Ann Javins.

Please leave condolences by clicking on Marilyn's name at the top of this page. This will take you to a separate page where the comments can be written below the obituary.

To order memorial trees or send flowers to the family in memory of Marilyn B. Jones, please visit our flower store.
Send a Sympathy Card