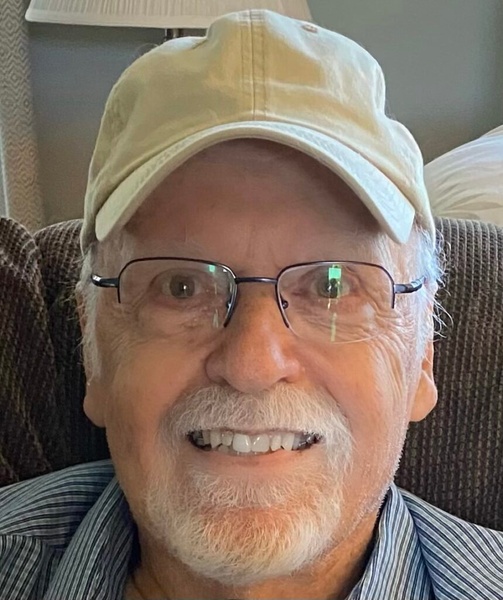 He was born August 3, 1944 in Auburn, NY, the son of Louis E. Sr. and Jeanne McGlynn Connell. Louis graduated from Union Springs High School after which he enlisted in the United States Navy in 1963.

Louis proudly served in the Navy for 26 years, as a sonar technician. He was deployed on several naval ships, primarily along the eastern seaboard, including the U.S.S. Luce, U.S.S. John Willis and the U.S.S. Ortolan.

During his enlistment, Louis was stationed at the Navy Recruiting Office in Cortland, NY, where he met his future wife, Diane Amyot. He married Diane on May 18, 1973 at St. Peter’s Catholic Church, in Hammond, NY. Louis was stationed in Norfolk, VA and Charleston, SC, where the couple lived for 16 years and started their family.

Upon retiring from the US Navy as a Chief Sonar Technician, he worked for the US Postal Service, based in Watertown, NY, retiring in 2017.

Louis enjoyed go-kart racing at Can Am Speedway with his two sons, NASCAR, and the Buffalo Bills. He became an amateur photographer later in life which provided him many hours of enjoyment. Being on the water was one of his passions, spending time on Lake Ontario and the St. Lawrence River in his boat. Louis was known for his unique sense of humor which will be missed by his family and friends.

Besides his wife, Diane, he is survived by two sons, Matthew and his partner, Kimberly Moore, Watertown, NY, Justin and his wife, Heather, Camillus, NY, a daughter Amy and her husband Zach Marteney, Yonkers, NY, a sister, Maureen Petersen and her husband Howard, Tacoma, WA and a brother John Connell, Auburn, NY. The light of Louis’s life were his 6 grandchildren: Nathan, Mikayla, Claire, Christopher, Aspen, and Catherine.

A memorial service and burial will be announced in the spring of 2022.

In lieu of flowers, memorial contributions may be made to the Wilmot Cancer Institute/University of Rochester Medicine or the Leukemia & Lymphoma Society.

To order memorial trees or send flowers to the family in memory of Louis E. Connell, Jr., please visit our flower store.