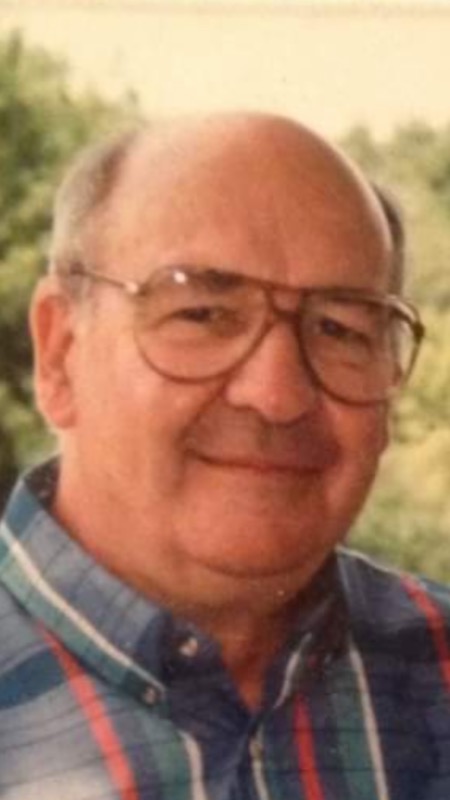 Kenneth George McDonald, 91, passed away peacefully on September 2, 2021 at his Reynolds Road home surrounded by loved ones. He had been in failing health and was under the care of Hospice and his loving family and caregivers.

Ken was born May 19, 1930 in Albany NY to Kenneth Thomas and Mildred (Peg) Deugaw McDonald. He spent his childhood in Parish and the Potsdam/Canton area. He graduated in 1949 from Norwood High School and went to work for the Parish Oil Company where he met the love of his life, Helen, the manager's daughter. She was the daughter of Karl M. and Helen Finney Bunce. They were united in marriage on August 22, 1953 at Emmanuel Congregational Church in Watertown NY.

Ken enlisted in the Navy in 1951 and proudly served aboard the Sierra AD-18 during the Korean conflict. He was discharged as a Machinist Repairman 2nd class in 1954. Using the GI bill he obtained his B.S. in Industrial Arts and Mechanical Drawing from Oswego State University. Upon his graduation in 1957 he began his teaching career at Alexandria Central School retiring in 1985. He was also a permanent part-time Immigration Inspector (after school and summers) at the Thousand Islands Bridge and Heart Island from 1962 to 1990.

He was always willing to lend a hand in a variety of school and community projects. Ken was a member of F. A. & M Masonic Lodge 297, American Legion Post 904 and the Veterans Association USS Sierra AD-18. He was active in the Boys Scouts serving on the committee for 26 years and an active volunteer with Amy with Special Olympics .

Ken was an avid deer hunter and was happiest in the woods or when building something especially with his boys. He and Helen enjoyed camping with their family and traveling in their motorhome after retirement. Dad was always ready with a joke, story or practical joke and some of them were really good at least the first time.

He is survived by his daughter Beth (David Beyel) and her daughter Sarah Liuwen in North Syracuse, son Steven (Nancy) and sons Joshua (Jen) and Kyle (Brita) in Florida and son Michael (Leslie) and sons P.J. and Jon (Rachel) in Baldwinsville and Stan's sons Benjamin (Mariah) and Gregory (Brianne) as well as six great-grandchildren. Ken is also survived by his sister Joyce Ulrich and sisters- in-law Carole Dingman and Vicki Deal and many nieces, nephews and cousins. He was predeceased by his beloved wife Helen, son Stanley and daughter Amy as well as his parents and sister Shirley Harris and four brothers-in-law.

The family would like to thank his long term caregivers Pam, Maria, Hanna, Melinda and others who allowed both he and Helen to remain comfortably at home. We are also thankful for his many friends and former students who came to visit especially Bud Thomas.

Burial will be in Union Cemetery in Adams Center, NY at the family's convenience. Donations can be made to the Alexandria Bay Fire Department or a charity of your choice. At Ken's request there will be a Celebration of Life at the Alexandria Bay Fire Hall on September 11, 2021 from1:00 to 4:00. Masks are appreciated. Please join us with a story or a joke.

To order memorial trees or send flowers to the family in memory of Kenneth G. McDonald, please visit our flower store.
Send a Sympathy Card