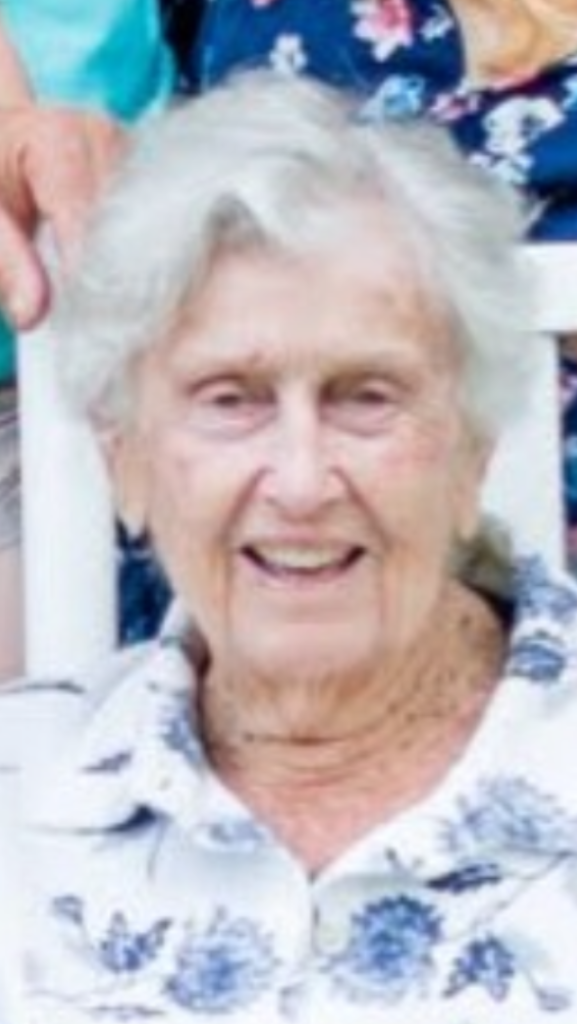 June D. Ward, 92, a lifelong resident of Alexandria Bay, passed away early Friday morning at her home, surrounded by her loving family.

June was a member of the Order of the Eastern Star and the Reformed Church of the Thousand Isles.  She enjoyed gardening, hiking the Adirondack peaks, and the St. Lawrence River.  She and Stanley were seasoned travelers of the United States and Canada, taking month-long trips coast to coast and throughout all of the Canadian provinces and territories.

Besides her husband Stanley, June is survived by her son and daughter, Gawaine (Lorraine) Ward and Jackie (Doug) Strough, all of Alexandria Bay.  In addition to her children, she is also survived by five grandchildren:  Jessica (Carlton) Ridsdale, Danielle Ward, Ryan Strough (and partner Andria Turner), Justin Strough, and Genesis (Robert) Scales; and four great-grandchildren:  Alexis Ridsdale, Grady and Henry Scales, and Maren Strough.

She was predeceased by four brothers, George, Gordon, Edward and Walter Hartman, and a sister, Ruth Flynn.

There will be no services or calling hours. Burial will be in Highland Park Cemetery at a later date.

The family would like to extend their sincere gratitude to the Alexandria Bay Fire Department, Thousand Islands Emergency Rescue Service (TIERS), River Hospital, and Hospice of Jefferson County.

To order memorial trees or send flowers to the family in memory of June D. Ward, please visit our flower store.
Send a Sympathy Card