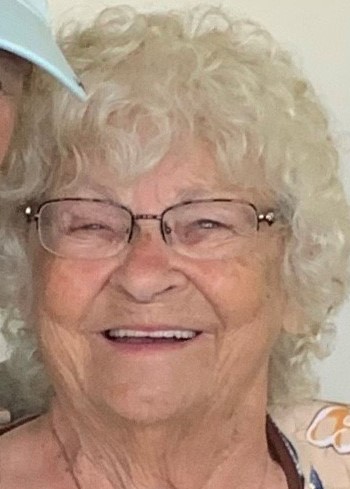 Joan Rosalie Price Gosier, 81, Cape Vincent, NY, passed away peacefully Sunday evening, November 24th with her children by her side and under the care of Hospice of Jefferson County at Ellis Farm, Watertown. She had been a resident there since November 15 th , 2019

Joan was born in Loraine, Ohio, on March 1, 1938, the ninth of eleven children of Joseph William and Genevieve Fraley Price. Her family moved back to Cape Vincent, where her parents originally resided, when she was eight years old.

She married Robert Gosier on May 22, 1971 at St. Vincent of Paul Catholic Church in Cape Vincent, with Fr. Kennedy officiating. Bob passed away in July of 2017.

Joan and Bob were well known in the community that they loved, volunteering in many ways.  Joan was simply proud of being a mom, not only to her own children, but to so many families in the neighborhood. She spent 40 years as a childcare provider, caring for over 140 “Joanie’s kids” in those years.  She retired in June 2003.

Joan was also a consistent collector of Heritage Collection (Dicken’s Village) buildings and figurines. By the time she finished collecting she had 50 buildings along with characters, lights, and trees, bringing the “Village” to life for a Christmastime decoration that people from all over the North Country would come to their home to admire.

Calling hours will be held on Friday, November 29 th from 5-8 pm at the Cleveland Funeral Home, 188 Broadway Street, Cape Vincent.

A Funeral Mass will be held on Saturday at 11 am at St. Vincent of Paul Catholic Church, with Father Ray officiating.

The family would like to extend their sincere and heartfelt gratitude to the volunteers and the medical professional partners of the Cape Vincent Ambulance Squad who cared for Joan many times over the past few years.  In addition, words cannot express the appreciation felt for staff at Hospice.  The comfort care our beloved mother received in her final days was amazing.

Memorial donations may be made to the Cape Vincent Ambulance Squad, PO Box 835, Cape Vincent, NY 13618, or Hospice of Jefferson County at jeffersonhospice.org.

To order memorial trees or send flowers to the family in memory of Joan Price Gosier, please visit our flower store.