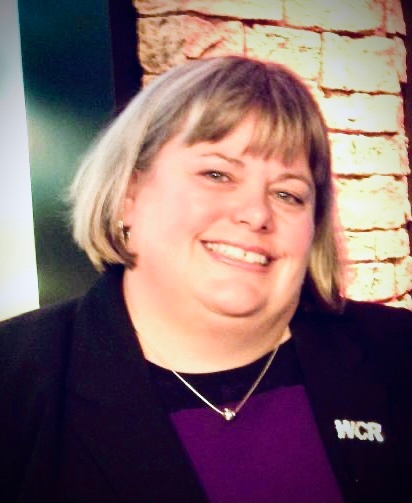 She was born August 31, 1963, in Alexandria Bay, daughter of Herschel and Helen Gibson Handschuh. She grew up on their family farm in Redwood, NY where she enjoyed taking care of calves and exploring nature.

Janet graduated from Alexandria Central High School in 1981, then from Canton ATC in 1983 with her Associate’s Degree in 1983 and from Clarkson University in 1985 with her Bachelor’s Degree.

In 1999, Janet’s dream of owning her own real estate company was realized and Heart Homes was born. Through Heart Homes Real Estate, Janet has touched so many lives and helped families fulfill their own dreams of owning their own home. Her passion and zest for life truly helped her bond with and serve her community.

Janet served a life-long membership and held many leadership positions for the Jefferson-Lewis Board of Realtors, which included President and Director. She was a member of the St. Lawrence County Board of Realtors for almost a decade. She was a proud member of the Women’s Council of Realtors Tri-County Network, since 2001, where she played a large part in the annual golf tournament committee and served as president for two consecutive years in 2015 and 2016.

In 2004, Janet was presented with the honor of Realtor of the Year, by the JLBOR, and received the “Top Producer Award” from 2009 through the end of her career in 2020.

For a very long time, Janet lived a full, busy, accomplished life of a successful businesswoman.  She built a beautiful life full of friends, family, gardening, and golf, but something was missing.

On January 1 st , 2000, Dave and Janet began their life journey together with their first date to kick off the new year.  From that point on they seamlessly combined their beautiful lives and built a home full of love and memories. Dave and Janet were married on September 15, 2001 in the Lutheran Church in Redwood, NY.

Janet lived to love on her grand-kids.  She would get all of the “sugar” she could and lit up every time her family was around .She most enjoyed quiet family dinners in the tree house, taking a stroll around her amazing gardens, and a nice sunset boat ride on Butterfield Lake.

Janet was a member of the Hammond Area Garden Club, the L.A. Golf League, and the first woman member of the Watertown Lion’s Club.

She is survived by her husband of almost 20 years, David Amyot, Chippewa Bay; daughter, Amber Kendall and her husband Kevin Kendall and their children (Janet and Dave’s grandchildren), Kendall Honeywell and Kayden Kendall, all of Ogdensburg; and daughter, Vicki L’Abbe and her husband Mike L’Abbe of Hammond, and their children (Janet and Dave’s grandchildren) Maddi L’Abbe, Tyler L’Abbe, and Raleigh L’Abbe.  Also, her father Herschel Handschuh of Redwood, and brothers Alan Handschuh, Plessis, and Leon Handschuh and significant other, Della Endico, Pompano Beach, FL. She was predeceased by her mother, Helen Gibson Handschuh, in 2005.

A celebration of life reception will be at a time and place to be announced in the summer of 2021.

Please leave condolences by clicking on Janet's name at the top of this page. This will take you to a separate page where the comments can be written below the obituary.

To order memorial trees or send flowers to the family in memory of Janet M. Handschuh-Amyot, please visit our flower store.