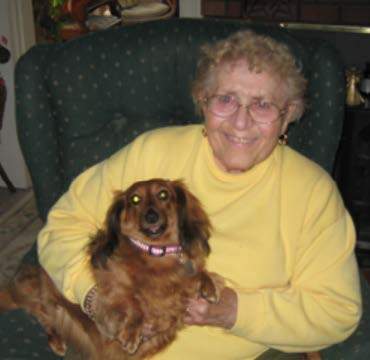 Calling hours for Isabelle E. Otakie, 91, will held Friday, June 5, from 7-9pm, at the Costello Funeral Home, Alexandria Bay. A funeral service will be Saturday, June 6 th , at 10 am, at St. Paul’s Lutheran Church, Redwood. Burial will follow at Redwood Cemetery.

Face masks and social distancing are required at all events.

Redwood, NY – Isabelle “Belle” Elaine Bearden Otakie, formerly of Redwood, passed away Sunday March 8 th at Samaritan Medical Center, in Watertown. She had been a resident of the Samaritan Keep since May of 2016.

She was born June 22, 1928 in Watertown, daughter of Frederick and Mary Langouer Bearden. She attended Watertown High School.

She married Alexander "Alex" Otakie on January 26, 1947 at the Trinity Episcopal Church. The couple resided in Watertown, until moving to Redwood in 1955. Mr. Otakie passed away in 2007 at the age of 84.

Belle and her husband Alex owned and operated the Wayside Restaurant in Theresa. She had previously worked at the Tea Room in Cape Vincent, Pine Tree Point in Alexandria Bay, and both Faichney’s and the A&P in Watertown.

In her later years, she spent time gardening, refinishing antique furniture, spending time with her basset hounds and her dachshund, Abby.

Besides her husband Alex, she was predeceased by two sisters, Virginia M. Guinn, in 2010 at 86 and Constance A. Sayyeau in 2014 at 87, and a brother, Daniel Bearden.

Calling hours, funeral and graveside services in Redwood Cemetery, will be held at a time to be announced in the Spring.

To order memorial trees or send flowers to the family in memory of Isabelle "Belle" E. Otakie, please visit our flower store.