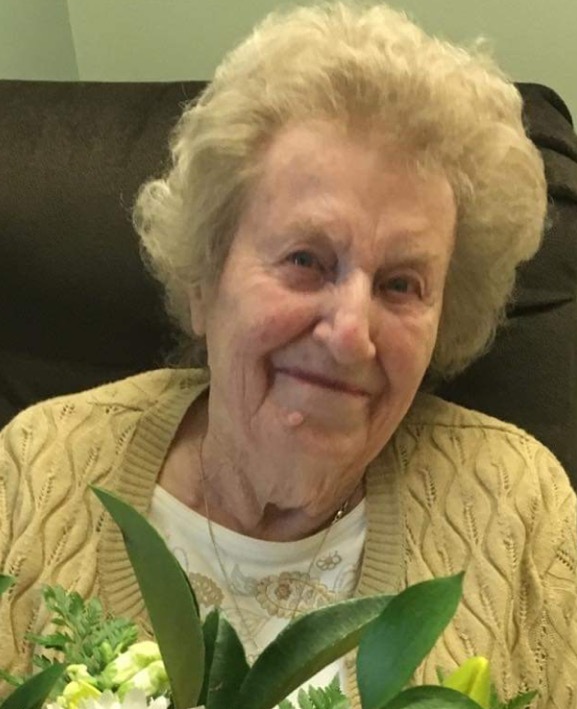 Alexandria Bay, NY – Evelyn B. Bedford, 91 formerly of High Street, passed away early Wednesday morning at St. Joseph’s Home in Ogdensburg, where she had been a resident since September of 2017.

She was born on February 9, 1930 in Minisink, NY, daughter of Floyd and Dorothy Mae Brundage Gould. She was educated in Middletown, NY schools. She married Harrison “Hairdy” Bedford on April 17, 1949 in Slate Hill, NY. For most of their married life, the couple resided in Ogdensburg, NJ. Mr. Bedford passed away June 24, 1995.

Evelyn worked as a seamstress for many years for Morley’s Custom Shirt Factory, in Franklin, NJ, retiring in 1990.

She enjoyed word search books, watching NASCAR and was a NY Yankees fan.

She is survived by her daughter and son in law Loraine and Russell Schroh, with whom she resided during her time in Alexandria Bay, and a grandson, Michael Klein, Melbourne, FL.

She was predeceased by two sisters, Ina Hayes and Mary Eason.

A graveside service will be held at a later date at Mount Hope Cemetery, Otisville, NY.

Memorial donations may be made in Evelyn’s name to St. Joseph’s Home, 950 Linden St, Ogdensburg, NY 13669

To order memorial trees or send flowers to the family in memory of Evelyn B. Bedford, please visit our flower store.
Send a Sympathy Card