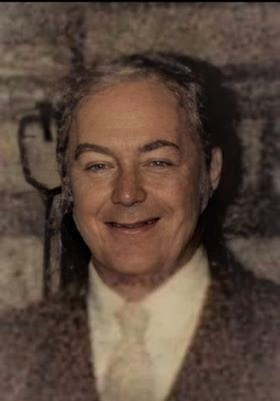 Redwood, NY - Eugene A. Catlin, 88, passed away early Sunday morning in Bartow, Florida under the care of his daughter, Margo, and Hospice.

He was born December 9, 1931 in Chateaugay, NY, son of Floyd and Mary Martin Catlin. He graduated from Alexandria Bay High School and then volunteered to serve his country as a Marine in the Korean War. After returning home he continued his education at Syracuse University.  While there he was also a member of the university’s boxing team.

He married Jacqueline Pierce on April 1, 1956 in Alexandria Bay. They spent many wonderful years together, until her death on April 12, 2018. Eugene was an Art Teacher for the Geneva City School District.  Later he and Jackie owned and operated both the Dreamland Motel in Malone, NY and the Comether Motel in West Webster, NY. He also owned and instructed at the Franklin County Boxing Club, in Malone, NY. He spent many summers as a tour boat captain on the Saint Lawrence River.   He loved spending time on the water and painting many of his favorite river scenes.

Memorial Services will be held in the summer of 2020.  Donations in Eugene’s name could be made to the Redwood Fire Station in appreciation of their great service to the community.

To order memorial trees or send flowers to the family in memory of Eugene A. Catlin, please visit our flower store.
Send a Sympathy Card