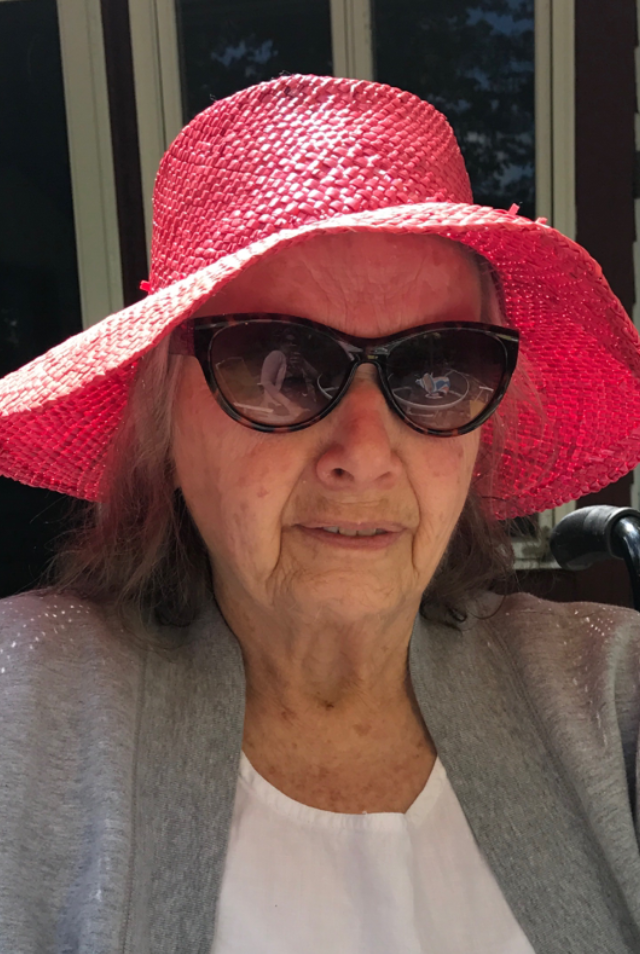 Elinor Walton Ducat, 83, of St. Lawrence Park Rd., Alexandria Bay, passed away at her home on Saturday, May 4 th , surrounded by her loving family.

Elinor was born on September 12, 1935 in Watertown, the daughter of Dorothy P. and Lawson G. Walton.  She was a 1953 graduate of Watertown High School, and then received an associate’s degree from Cazenovia College in 1955.

She relocated to Shrewsbury, MA, and subsequently married Jack Ducat on August 8, 1976.

She became office manager for a construction company in Worcester, MA in the late 1970s.  Ultimately, the family moved back to Upstate New York in the 1980s, and established their home in Alexandria Bay. Elinor became business manager for Tannery Island Power Company, Carthage, and later became a sales agent for Christensen Realty in Clayton.

Elinor was the most senior member of the LeRay de Chaumont Chapter of the Daughters of the American Revolution (D.A.R.).  She was instrumental in the establishment of the General Jacob Brown Chapter of the C.A.R.  She also belonged to the Albany Chapter of the General Society of Mayflower Descendants and the Jefferson County Historical Society.  She was always proud to be “a farm girl from Upstate NY,” and she was an avid St. Lawrence River fishing gal.

Calling hours will be held at Costello Funeral Home, Alexandria Bay, on Tuesday, May 14 th , from 4-7 pm. A funeral service will be held on Wednesday, May 15 th , at 11 am The Church of the St. Lawrence with Rev. Lisa Busby officiating.

Memorial contributions may be made in Elinor’s name to Hospice of Jefferson County, the Northern New York Community Foundation or the Jefferson County Historical Society.

To order memorial trees or send flowers to the family in memory of Elinor W. Ducat, please visit our flower store.
Send a Sympathy Card