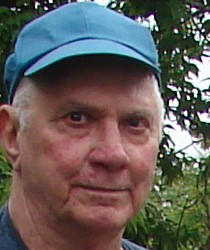 Douglas R. Savage, 74, of Lake Street, Redwood, passed away early Thursday morning at Samaritan Keep Home where he had been a patient since December 3 rd , 2018.

Douglas was born in the town of Alexandria on October 23 rd ,1944, the son of C. Harvey and Viola Dunn Savage.  He graduated from Redwood High School andthen served in the United States Navy from September 13 th , 1962 until February 21 st , 1966, during the Vietnam War.

Douglas was a maintenance foreman at Crowley Foods in LaFargeville for 42 years.

In addition to his wife, he was predeceased by his parents, C. Harvey and Viola Savage and brothers, Charles and Robert Savage.

A memorial service will be held on Thursday, December 27 th at St. Paul’s Lutheran Church at 3:00pm, with Rev. Allan Ferguson officiating.

Memorial donations may be made in his name to Hospice of Jefferson County.

To order memorial trees or send flowers to the family in memory of Douglas R. Savage, please visit our flower store.