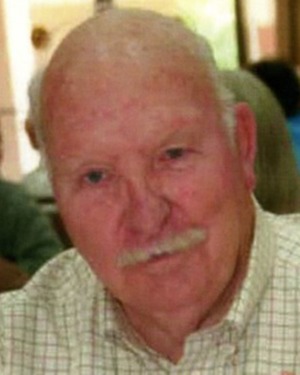 Donald William Murphy, age 94, born in Shaker Heights, Ohio, passed away Saturday, October 22, 2022 at his home in Mesa, Arizona. Don was the son of Michael J. and Julia M. Murphy and was predeceased by two younger brothers, Henry and Robert. He was Baptized in the Roman Catholic faith, married and is survived by his wife of 64 years, Marie Haas Murphy.

Don grew up in Euclid, Ohio just outside Cleveland. Sadly, he lost his mother at the age of eight years old, and with two younger brothers, this caused him to grow quickly. As a young man he achieved the rank of Eagle Scout in the Boy Scouts of America and was named Scout of the Year for Cleveland. His academic strength in math and science and technical aptitude got him accepted into the elite all boys East Technical School where he completed his high school education.

One day after graduation, Don was drafted by the US Army for WWII and was on his way to Camp Atterbury, Indiana. His very first post, since he was already competent with firearms, was to guard German POWs. Soon after, with his strong chemistry background from East Technical School, he was moved to the Chemical Corps.

After an honorable discharge, he moved back to Ohio to take care of his ill father. He started his college career at Case Western Reserve before transferring to Ohio State University (OSU). Don Graduated from OSU with a degree in metallurgical engineering and he was a lifelong Buckeye. From high school through the collegiate level, Don was active in many sports including gymnastics, swimming, fencing, track and field, and football. He was also passionate about the outdoors. In the summers he loved being on the St. Lawrence River in his boat and in the winters could be found skiing in the mountains.

After graduation, Don joined the Aluminum Company of America (ALCOA). His career took him through ALCOA facilities in Massena, New York (twice); Pittsburgh, Pennsylvania (twice); Vancouver, Washington; and Lafayette (Works), Indiana where he ultimately retired as the plant manager after thirty years with the company. Early in his career Don earned a Masters Degree in Industrial Engineering from the Clarkson College of Technology in Potsdam, New York. Don was recognized as an extrusion process expert and was instrumental in leading and developing multiple Aluminum production technologies and innovative products for ALCOA over the course of his career. His technical knowledge was highly sought after at ALCOA facilities throughout the world.

After his ALCOA retirement, Don shared his experience and knowledge with young aspiring metallurgists through teaching at Purdue University in West Lafayette, Indiana. He also served on the Accreditation Board for Engineering and Technology (ABET).

Prior to and during his retirement, Don participated in many service-oriented organizations. Don was a life member of both the Knights of Columbus and Lions Club and held many leadership roles including President of the Lions Club. He was a lifelong member and supporter of the Boy Scouts of America where he was honored with the Silver Beaver Award.

When Don first moved to Arizona, he joined the Pennsylvania club to meet new people, then the Superstition Mountain Treasure Hunters Club to explore the desert west, Additionally, he was president of the Leisure World Computer Club and secured donations from the Lions for the birthday celebration club, Open Door, enabling the social club to continue for many more years. As a leader of the Booster Club, Don organized volunteers for twenty years to hang Christmas decorations annually at Leisure World.

Most importantly, Don loved to be with and dance with his wife, Marie. As members of the Century Club, Star Dusters Club and among the founding members of Moonlight Serenade Dance Clubs, he made sure there was always an opportunity to "cut the rug" with the love of his life, Marie.

Donald faithfully served God, his family, and his country. Calling hours were held at Mountain View Funeral Home on November 3rd, 2022 from 2pm to 3:30pm with a rosary recited and lead by Fr. Joevenisie Balang. A funeral mass was held on Friday November 4th, 2022, 10:30am at All Saints Roman Catholic Church with FR. Robert Caruso presiding. A reception followed at the church hall. Arrangements for Don's final resting place at St. Cyril's Cemetery in Alexandria Bay, New York, near "The River", are with the Costello Funeral Service & Cremations, Alexandria Bay.

In Mesa, memorial contributions may be made to the Knights of Columbus (attention: Coats for Kids) at All Saints RC Church on N. Recker Rd, or in Alexandria Bay to the Alexandria Bay Fire department or River Hospital.

To order memorial trees or send flowers to the family in memory of Donald W. Murphy, please visit our flower store.