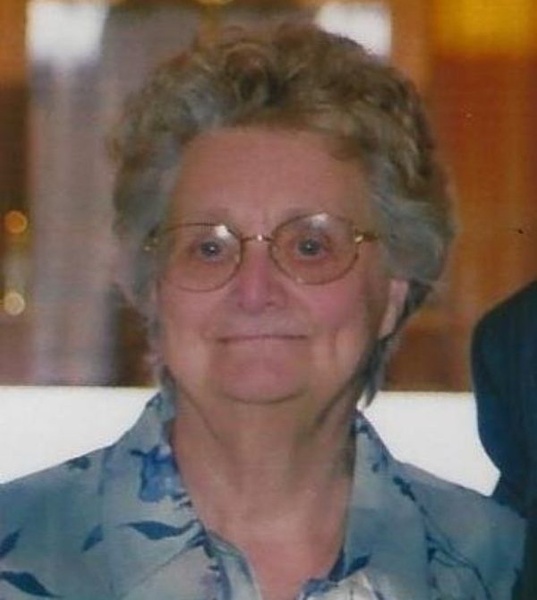 A celebration of life reception for Dolores E. Bain, 91, will be held Saturday, July 2nd
at the home of son, Christopher Bain, Redwood, NY, beginning at 4pm.

Alexandria Bay, NY – Dolores E, Bain, 91, passed away Friday afternoon, while under the care her loving family and Hospice of Jefferson County.

She was born September 16, 1930 in Lockport, NY, daughter of Howard and Ethel Kimmick Johnson. She graduated from LaSalle High School in Niagara Falls, NY in 1949 and then from the Buffalo General School of Nursing in 1951. She married Fred A. Bain on April 19, 1952 in LaFargeville, NY.  Mr. Bain passed away November 14, 1998.

Dolores worked her entire career as a registered nurse at E.J. Noble Hospital in Alexandria Bay, retiring in 1999.

Besides her husband, she was predeceased by a daughter, Pamela B. Bain in 2006 and two sisters, Shirley Johnson Bain in 1988 and Geraldine Johnson Trickey in 2013.

A celebration of life gathering will be announced in the summer. Burial will be in Highland Park Cemetery, Alexandria Bay.

Memorial donations may be made to the River Hospital, Alexandria Bay Ambulance Squad or Hospice of Jefferson County.

To order memorial trees or send flowers to the family in memory of Dolores E Bain, please visit our flower store.

A celebraon of life recepon for Dolores E. Bain, 91, will be held Saturday, July 2nd at the home of son, Christopher Bain, 46514 Farrell Road, Redwood, NY, beginning at 4pm.