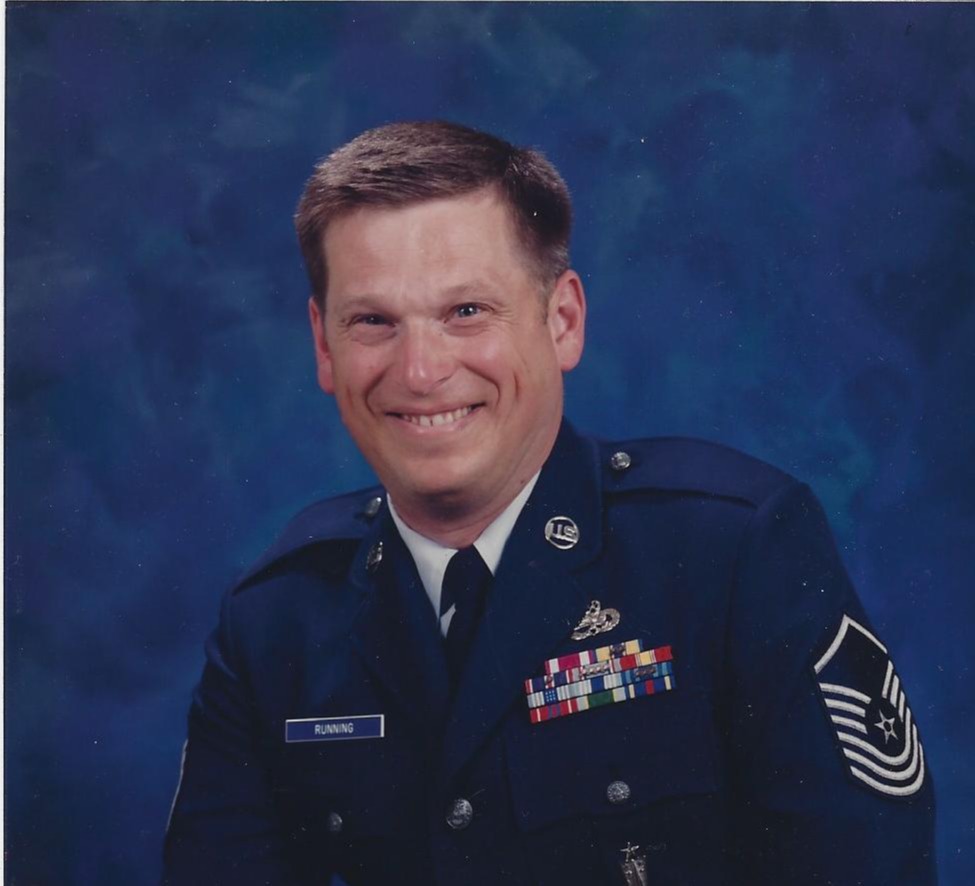 Watertown, NY – David E. “Dave” Running, Jr., passed away  Friday afternoon, July 1st  , at his home with his family at his side and under the care of Hospice of Jefferson County.

He was born February 21, 1958 in Alexandria Bay, NY, son of David E. Sr., and Geneva Burgess Running. He graduated from Alexandria Central High School in 1976, received his associates degree in applied science in 1986 and his bachelor’s degree in professional studies in 1987.

Dave proudly served in the US Air Force from 1976 to 1996, and was the recipient of two Meritorious Service Metals. He retired on September 1st, 1996 as a Senior Master Sergeant. After retirement from the military, he worked as a civilian as a simulations training officer for the U.S. Army, at Fort Drum.

Calling hours will be held 4-7 pm Friday, July 8th, at the Costello Funeral Home. A funeral service will be 11 am on Saturday, July 9th at the Redwood United Methodist Church, with Pastor Philip Seybert, officiating. Burial will follow at Barnes Settlement Cemetery, with Military Honors.

Memorial donations may be made in Dave’s name to the Redwood United Methodist Church or Hospice of Jefferson County.

A reception will follow the burial at the Redwood Fire Hall, 43676 Stine Rd, Redwood, NY.

To order memorial trees or send flowers to the family in memory of David E. Running, Jr., please visit our flower store.

A reception will follow the burial at the Redwood Fire Hall, 43676 Stine Rd, Redwood, NY.