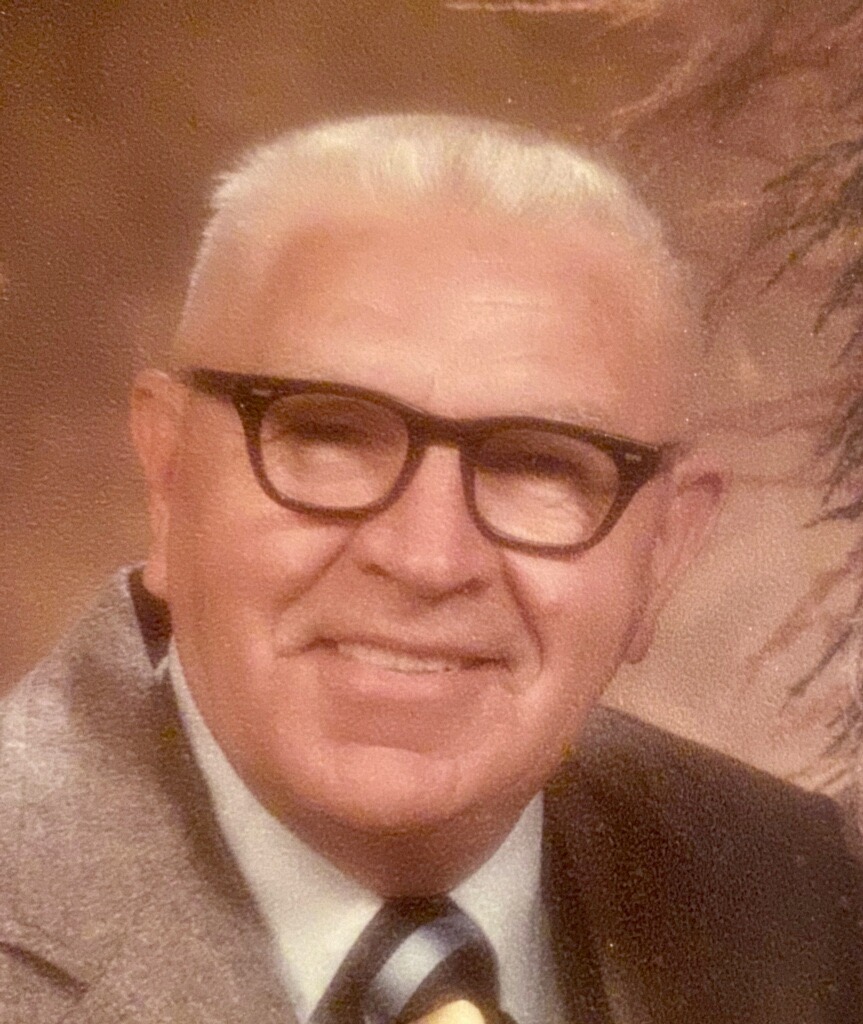 Graveside services with military honors, for Alden F. Russell, 100, lifelong resident of Alexandria Bay, will be held Saturday, May 30 th at 2pm, at Omar Cemetery.

Alden F. Russell, 100, longtime resident of St. Lawrence Park Road, Alexandria Bay, passed away at Samaritan Summit Village, where he had resided since 2014.

Alden was born in Alexandria Bay on September 5 th , 1919, the son of Earl Grover and Pearl Catherine Gibbons Russell.  He worked on the family farm in his youth and as a teenager on Great Lakes ships.  He graduated from Alexandria Central School and Canton ATC.

Alden was drafted into the U.S. Army in his early 20’s after the start of WWII.  After basic training, he was recommended for officer candidate school and received his Officer’s commission.  While serving as an infantry platoon leader, he was wounded in action in France shortly after D Day.  He was awarded the Purple Heart and the Bronze Star as a result of his actions in France.  After his recovery he was discharged from active duty and continued his service in the Army Reserves, retiring after more than 20 years with the rank of Major.  It was during WWII that he met his future wife, Margaret Underwood, who was a 1 st Lieutenant, serving as a nurse in the U.S. Army.  They were married in Winchester VA on May 21 st , 1946.  Margie passed away on March 2 nd , 2011.

Upon his discharge from the Army, Alden returned to work on the family farm in Alexandria Bay but was unable due to his war injuries.  He became a partner in the farm assisting his father with the business operations. He then continued his education to become a teacher, earning his Master’s Degree in Education at the University of Georgia.  He returned home to be an Agriculture and Earth Science teacher at Alexandria Central School, retiring in 1977.

After his retirement he continued to be active in the American Legion and also the U.S. Coast Guard Auxiliary, patrolling the St.  Lawrence River on safety patrols and teaching Safe Boating courses for many years. Upon his death, he was the oldest member of the John B. Lyman American Legion Post in Alexandria Bay – a member for 73 years.  He held many offices over the years including commander, chairman of the Boys State committee, and member of the Good Will committee. He enjoyed reading and playing poker and playing bingo while he was a resident at Summit Village. Alden and Margie enjoyed wintering together for 35 years in Florida and Arizona.

Services will be held in the Spring of 2020.

Memorial donations may be made to River Hospital, 4 Fuller St., Alexandria Bay, NY 13607 or online at riverhospital.org .

To order memorial trees or send flowers to the family in memory of Alden F. Russell, please visit our flower store.